And for something a little different 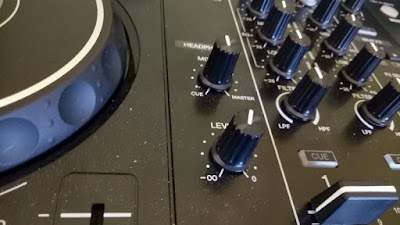 Strange at this time of life, but I'm discovering the DJ.  It didn't exist in my youth.  Zep and Yes were the coolest thing and Hendrix had died.  But time changes.  I remember enjoying Madison Avenue twenty years ago (Who the hell are you, Don't call me baby: early EDM Third wave feminism?).  But a wedding needs a dance set and a jazz trio just doesn't cut it and it's actually quite fun and fairly demanding and the groove is all.  So the DJ.  Thus I caught Ross at Queenie at Kingston the other night with a nice funky set and genuine vinyls for the tunes and the scratching.  Ross had played in Dubba Rukki in the past.  I enjoyed the chat.  It's not a task like jazz: no sets (perhaps still swigs of beer between tunes) but ongoing danceable groove for the whole evening.  Maybe it's another thing in the big dance world of festivals and Ibiza.  But nicely done and some very cool and funky tunez.

PS.  The pic is not Ross' desk!  His is far more sophisticated.