Honorary alumnus for the night 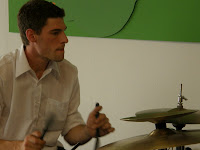 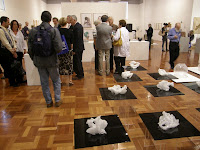 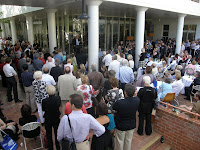 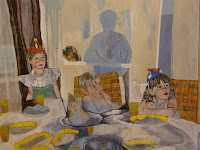 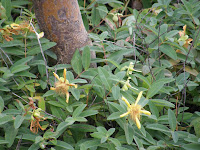 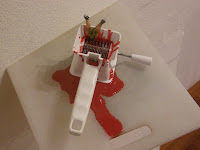 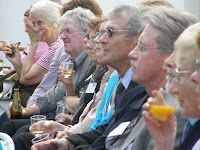 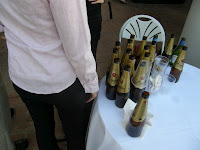 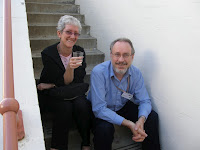 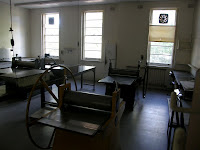 I guess I got invited as a friend, because I definitely haven’t studied at ANU (although I do have a sandstone university in my past). The event was the annual Canberra Summer Reception for ANU Alumni and Friends. Ian Chubb spoke, and it was held at the ANU Arts School, of which the Music School is a part. I’d expected to find lots of the ANU jazz scene there, but in the end, there was just Dave Rodriguez’s quartet playing, and a few hundred not too recent graduates. Anyway, Dave’s band was good, I met a few old friends and one current student who I know, and had a few free beers, so it was pleasant enough.

Dave played with Bill, Ed and Sebastian. I only caught a few tunes, but they were smooth as silk, beautifully played standards. This band now has a long history of performances in this style, and they do it with panache. I particularly liked Recordame, and heard a few others I don’t remember, then mingled and visited the various galleries and workshops. Then a beer and the VC, Ian Chubb. The weather was good, so the evening was pleasant. Nice enough way to wile away a few hours.

Sebastian McIntosh played with Ed Rodrigues, Bill Williams and Dave Rodriguez at the ANU School of Arts.
Posted by Eric Pozza at 8:44 pm

Nice representative pics of a lovely event Eric. And I agree, the jazz was silky...