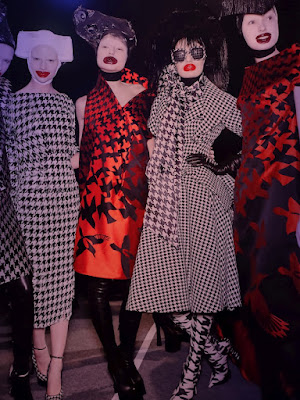 I am no fashion plate but I had a tailor father and I've come to admire good dress so we visited the National Gallery of Victoria for an exhibition of the work of Alexander McQueen and I was entranced. I enjoyed it immensely. He was obviously a madly talented person given he was head of a Paris fashion house two years after completing his training in England. Also openly gay and with mental health problems, short lived (died aged 41 in 2010), outspoken on politics, well read in history, inspired by diverse cultures, channelling classical through to modern arts. This was an interesting person and probably driven. We saw his works next to his inspirations in Greek and Roman statues, mediaeval religious paintings, Spanish and Indian prints, Scottish history, even disco events. All works inspired by and evidencing his wide and intriguing interests, and hugely varied. I was inspired and thrilled: one daggy male amongst many more informed dressers. I could have been embarrassed but rather I was intrigued and overwhelmed with the mix of skills and beauty and art, not to mention humour, of it all. I still hold a hangover hippy distrust of dress but it's mixed with awe and respect for the art so I remain a little confused. But I loved this exhibition and was in awe of his craft. Lovely stuff.

Myth Magic Muse is an exhibition of the work of Alexander McQueen at the National Gallery of Victoria until 16 April. 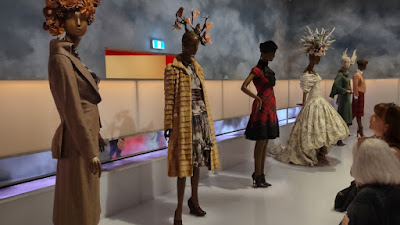 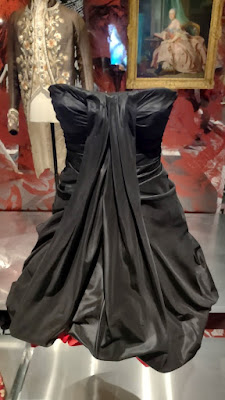 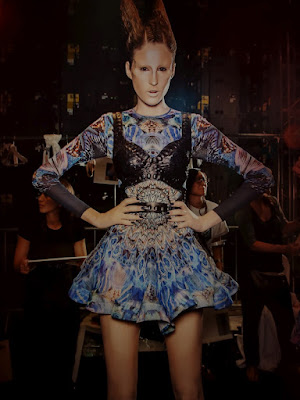 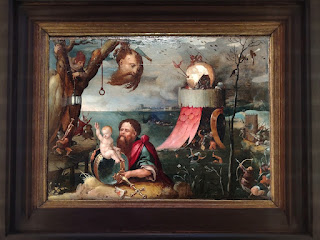