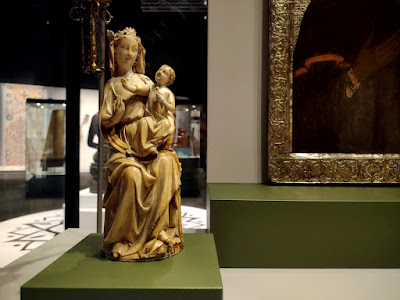 The exhibition is called Feared and Revered and it's subtitled Feminine power through the ages.  It's also a joint project of the British Museum  and our NMA and thus has a string of ancient works that we tend not to see here, back to 2,800BCE.  Nothing that I noticed of our own items back to 60,000 years ago, although there were some modern takes on that history.   I tend to drool over the classical items, Egypt, Greece, Rome, predictable and Euro-centric as it is.  I am Euro extraction, after all.  There were various items from India, China, Africa and more and these were similarly awe-inspiring, but somewhat newer to me and perhaps us.  Not that I had the impression that any of these works were the real biggies that you see in London, but impressive none-the-less.  I'm on hols so just glancing through the captions, but I was somewhat befuddled, too, by the overall theme.  Feminine power and "its profound influence through the ages".  I can obviously see the reproductive power, but "ferocious, beautiful, creative, hell-bent" sounds like real power, not lack of, and that seems to poorly fit the arguments of contemporary feminism.  The Virgin Mary may be a reproductive power but is this social power in its own right?  The Kylie dress was fun but an insight on feminism?  One modern work amused me, a square stone block basically with a big hole located near the prehistoric female figures.  And the statues flashing vulvas from Irish and English churches?  New to me but female power?  Alternatively, a modern colourful print implying all comes from reproduction seemed immensely satisfying and feminist.  But these are just thoughts as I perused none too seriously on the day.  But I loved some of the works, a beautiful ivory (?) mediaeval Madonna and child and a Roman Venus.  Worth the visit and much more application than I could give it on this lazy January day.

Feared and Revered:  Feminine power through the ages is on display at the National Museum of Australia. 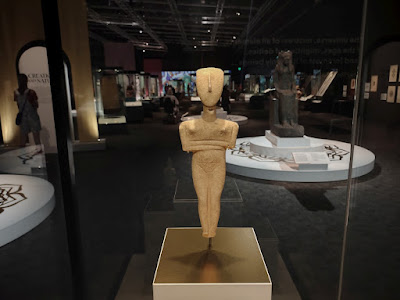 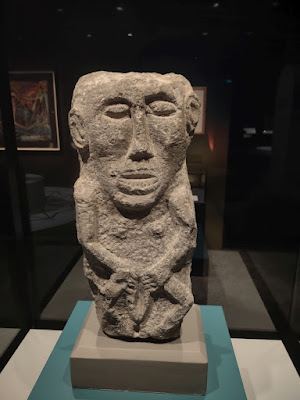 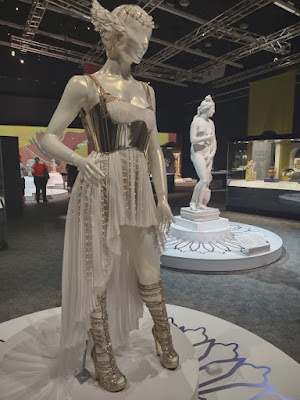 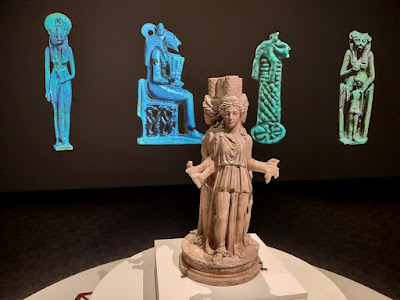 Email ThisBlogThis!Share to TwitterShare to FacebookShare to Pinterest
Labels: Feared and Revered