Purity with a glow 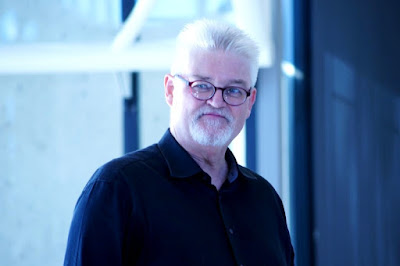 Paul Goodchild has become a favourite brass player of mine so I jumped at tickets for his Sunday afternoon concert at the High Court. This was a duo presentation (occasionally solo) with accompanist Susanne Powell, once of the ANU School of Music. The concert was a great pleasure. Firstly, just for the wonderfully controlled and pure sound from Paul's brass.

He played a range of instruments: Bb and C trumpets, flugelhorn and a cornet played at Gallipoli (this being the Anzac Day weekend). He also played a range of musics: a sonatine from Martinu and a sonata from Jean Hubeau; a period piece called At dawn, by Percy Code, played with the Gallipoli cornet; several local original pieces by local composers, Deep in summer, written by Eve Duncan for PG, and Blue triangle and Ornithologia, but nature-inspired pieces by Sydneysider Alan Holley who spoke during the interval (I could hear little given the PA) and a strangely names piece, Flugelhorn and piano, by Michael Nyman, always accessible and attractive. Paul's tone is so pure on trumpet, rich and earthy on the conical bored instruments, cornet and flugelhorn, and the cathedral-like echo and reverb just added a presence and a glow. A quiet following a firm staccato left something like a 3-second ring containing a few waves of echo. Suzanne commented on it to me and obviously enjoyed it, although I think the effect is best enjoyed over the strong and pure clarity of the trumpet. I also wondered about the accompanist's life, learning other people's music at short notice on the multi-fingered instrument which is the piano. It must demand excellent sightreading but also a poised confidence in performance. An encore just happened to be sitting on the music stands, a virtuoso Concert etude by Alexander Goedicke. Wow! Chops and tone. Great pleasure.