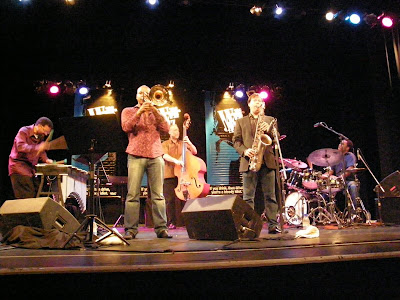 It seems trombones are having their place in the sun at the moment. I’ve noted that in several CJ articles recently. Wang also provided its share: Robin Eubanks from Dave Holland’s Quintet; a pleasant surprise in Root 70 with Nils Wogram; and the busy young female trombonist, Shannon Barnett. 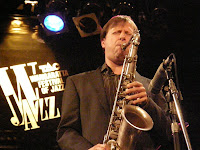 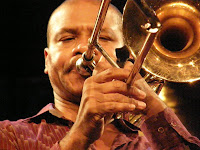 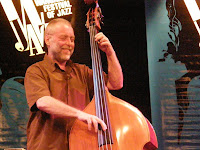 Dave Holland was the star international import and much awaited. He played on the Friday evening at the very start of the Festival. It was a high point of the festival, but thankfully didn’t end in an unhappy denouement. Robin Eubanks (trombone) was stunning and along with Chris Potter (tenor, soprano sax) were a formidable front line. Robin was stunning with clear, accurately intoned melody, solo and contrapuntal lines with minimal movement of the slide. His technique interested me. Apparently you can play full scales using high harmonics on a trom without moving the slide. Presumably it’s possible on every brass instrument. Robin was a master, with melody pouring out at speed with only occasional slide movements. The normally clumsy trom became a thing of unusual celerity. Stunning playing; and all so musical. I especially loved his counterpoint with Chris Potter. Chris is another renowned player. I found him intellectually satisfying, but less so emotionally. This was harsh and challenging playing, but so capable. Again, great counterpoint: this return to collective improvisation seems to be a theme in today’s modern jazz. Nate Smith (drums) is the newby in the band, but is a key member, and was much raved about. Steve Nelson (vibes, marimba) provided a wash of harmony with these relatively soft chordal instruments. Dave Holland (bass) played his deceptively simple, syncopated style on that stubby bass, and smiled as the proud father throughout the gig. Mostly Robin and Chris were stony-faced. I was sitting in the front row and just caught Chris ask “Twice?”. Robin replied with a nod and a smile. So these guys also play it just a bit roughly at times – not that you’d notice otherwise. Another thing to note was the fabulous mix on this gig. I hear Dave brought his own mixer. The sound was crisp at adequate volume, and every instrument was clearly defined, so the PA itself just disappeared from consciousness. Truly a lesson in how jazz should be mixed. 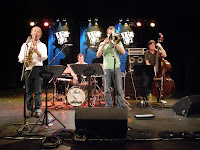 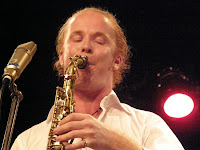 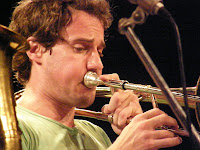 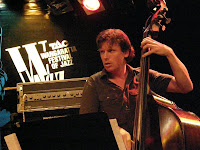 An unexpected surprise by most listeners was Nils Wogram’s Root 70. The band is made up of two Germans: Nils Wogram (trombone) and Jochen Rueckert (drums), and two New Zealanders: Hayden Chisholm (alto sax, bass clarinet) and Matt Penman (bass). This was light, airy, perfectly articulated music, harking back to swing and pre-bop styles, with collective and solo improvisation and some humour. It was lovely, sweet stuff which enchanted an unexpecting audience. 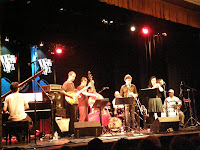 The other notable trombonist was Shannon Barnett. She seemed to pop up in several places, and played with considerable confidence and audacity. I heard her in two sets with Barney McAll’s septet. She was reading complex charts and burning through solos. She’s a notable player and apparently young to boot, so she’ll be worth watching over time. She also appeared with Barnett-Saarlaht-Browne, but I missed that set. Mostly Barney McAll’s complex, composed, latin-based was lost amongst poor sound engineering, along with Kurt Rosenwinkel. Barney McAll’s Septet comprised Barney McAll (piano, leader, composer), Jurt Rosenwinkel (guitar), Sam Lipman (tenor), Danny Fischer (drums), Shannon Barnett (trombone), Philip Rex (bass) and Javier Fredes (percussion). 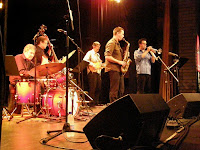 I didn’t miss the Allan Browne Quintet performing his suite modelled on, and dedicated, to the poet Arthur Rimbaud, The Drunken Boat. This was a complex and rich thematic piece made up of short snippets of varied time signatures and tonalities, with final haunting singing by Stella Browne. I found it memorable and satisfying, but a mate thought it was inconsistent. Definitely it was varied. The band was Allan Browne (drums), Eugene Ball (trumpet), Phil Noy (alto), Geoff Hughes (guitar), Nick Haywood (bass).