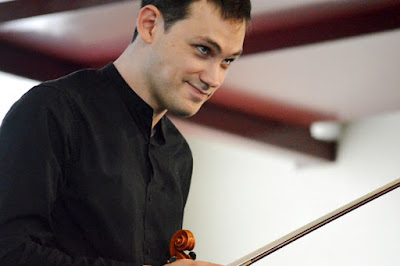 This is the time of virtuosity the time of CIMF. My first concert was Kristian Winther. Kristian is Canberra-bred and sounds of the world. He played violin, solo, Bach Sei solo a violino senza basso accampagnato. I heard the first concert, so the first 3 works of six. Sonata no.1 Gmin, Partita no.1 Bmin, Sonata no.2 Amin. He was playing the other three that afternoon.